"It's not WHAT you know, it's WHO you know" - Benefits of Business Networking - inLIFE
Skip to content 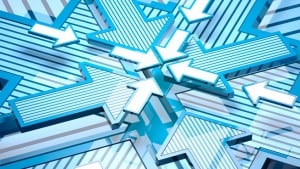 Many find the idea of networking pretty daunting and when you hear it the chances are your heart rate just increased but it does not have to be all sweaty palms and stuttered speeches.

Networking events can be overwhelming with so many people and so little time and a lot of repetition. Although there are so many benefits from attending a regular networking events. If you want to know the benefits of networking carry on reading below.

The most obvious benefit and the main reason business owners attend networking events and join groups is, generation of referrals and increased business. A networking referral is more prestigious, and most of the time pre-qualified for you. From this you are getting much higher quality leads from networking than other forms of marketing.

The increase in business from networking is one of the major advantages, but there are many others as well.

With a motivated group of business owners comes an array of opportunities. Where there is networking there are many opportunities such as, joint ventures, partnerships, sales… the list goes on. Just keep in mind your own business goals and visions when deciding which opportunities to get involved with.

Everyone is a strong believer in, “It’s not WHAT you know, but WHO you know!” which is very true when it comes to business. If you want to be successful, then you need to have a great source of connections. Networking is an ideal source to gain a group of relevant connections.

If you are networking with like-minded business people and you have a group of people who can offer you advice on your business. Networking is a great source to tap into advice and expertise that you would not otherwise be able to get hold of.

By putting yourself out there you are raising your profile from being visible and getting noticed. By attending a networking event regularly you are putting you and your business out there so your face gets known. This will help you build your reputation as a knowledgeable, reliable and supportive person by offering useful information. You are also more likely to get more leads and referrals because you will be at the forefront of people’s minds when discussing what your videos.

Remember, back when you was young and your parents did not want you hanging around with certain people who were a bad influence, well networking is the opposite. Networking can be a positive influence on you as a person and also your business.

The people that you hang around with and talk to do influence who you are and what you do, so it is important to be surrounding yourself with positive, uplifting people that help you to grow and thrive as a business owner. Networking is great for this, as business owners that are using networking are usually people that are really going for it, positive and uplifting.

By regularly networking, and pushing yourself to talk to people you don’t know, you will get increased confidence the more you do this. This is really important as a business owner, because your business growth is very dependent on talking to people and making connections.

Networking is great for people that are not confident as it really pushes them to grow and learn how to make conversations and lasting connections with people they don’t know.

Another great reason for getting involved with networking is the, satisfaction of helping others. Networking is full of business owners that have problems or issues within their business that need solving, and there is great satisfaction from helping someone to solve a problem they have and get a fantastic result from it.

Lastly, friendship this one is more personal related rather than business related, but is a big benefit none-the-less. Many friendships form as a result of networking because (mostly) you are all like-minded business owners that want to grow your businesses, and you meet and help each other regularly, so naturally strong friendships tend to form.

Our team at inLIFE regularly attend networking events in the local area of Staffordshire. If you want to get involved in networking, speak to our team and we can give you the details of local networking groups.