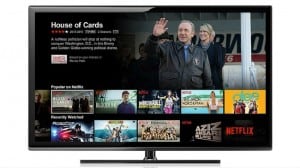 Netflix now claims 37% of the peak hour’s internet bandwidth in the US and it’s close to being used by half the population. It is popular and expanding globally fast, but how does it work?

They said, “We’ve just launched in Japan and we’re going to launch in four other Asian countries in 2016”.  The start of the next year will see Netflix launch in Hon Kong, Singapore, South Korea and Taiwan. It is argued that the streaming company is cherry-picking the low hanging fruit and only operating in highly developed countries where a monthly subscription is a normality and an affordable dream.

With thousands of people clicking play at the same time, with activity peaking in the evening although that being said, as a global platform it’s always a constant peak.

Pressing play is big business in Netflix, and there are thousands of us clicking play at the same time. The challenge is to run an exemplary service without losing any quality of play for the over 400 billion events daily, and 17GB per second during peak.

Netflix is in the cloud, but the strange thing is Netflix is hosted by Amazon Web Services, whose Amazon Prime Instant Video is their competitor. They rely on Amazon to help address all the unpredictable peaks in traffic.

The video is cached and stored on Netflix’s own OpenConnect content delivery network (CDN), which connects directly to Internet Service Providers (ISPs). This is the core of Netflix; is where everything is stored, and it comes complete with cloud management, a delivery engine, and an automation platform.

The CDN is global, so wherever you are in the world, when you request a video the system selects the nearest location to stream it from.

It’s very different to the good ole days when Netflix started as a DVD rental service.

How do they cope with the regional content licensing? That is why they have some shows are on Netflix US, Netflix Sweden or Netflix Canada, but not on Netflix UK, or vice versa.  However, Netflix is trying to get around this archaic model by producing its own shows like Orange is the New Black, Marco Polo and House of Cards.

Netflix knows everything about what is being watched, this means that is can tell the exact moment a show takes off. Netflix have found that by offering users all the episodes at once a fan is born.

Basically binge-watching is what it is all about according to the data.

What’s coming next for Netflix… 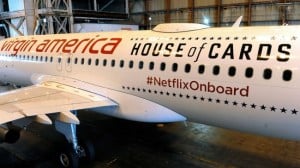 ot, it’s a drop in ocean compared to the amount of people Netflix could be streaming to, so growth (most immediately in Asia) is in Netflix’s future.

Netflix streaming is also being made available to airline passengers with phones, tablets or laptops on 10 of Virgin America’s new Airbus A320 aircraft in the US, though it’s only free until beta testing on its new ViaSat inflight WiFi system ends in March 2016 (expect high prices thereafter for such a data-intensive app).

It’s working on mobile encounters so users can use it without completely destroying their mobile data allowances.

And it’s going to need a whole lot more Amazon space as it swallows up more and more of the internet.