Last week, we shared with you the controversial announcement that will see Twitter character limits rising from 140 to 10,000 – so let us have a look about what the people behind Twitter have to say about it.

The site will still show the 140 character tweet in our newsfeed but there will be a call to action button inviting users to click to view the rest of the tweet.

Although, nothing has been confirmed, Twitter’s CEO Jack Dorsey explained that extending the character limit could be a positive change, “We’ve spent a lot of time observing what people are doing on Twitter, and we see them taking screenshots of text and tweeting it.

The main backlash is that twitter users everywhere just want an edit button!

The people over at Facebook are very happy that the Messenger app reached 800 million users a month. 2015 for Messenger was a big year, with loads of updates you may have missed some of the apps best new features. Take a look at this article from Mashable highlighting 10 tricks to get the most out of the messenger app, read it here.

Here is a handy infographic highlighting the trend predictions for 2016. 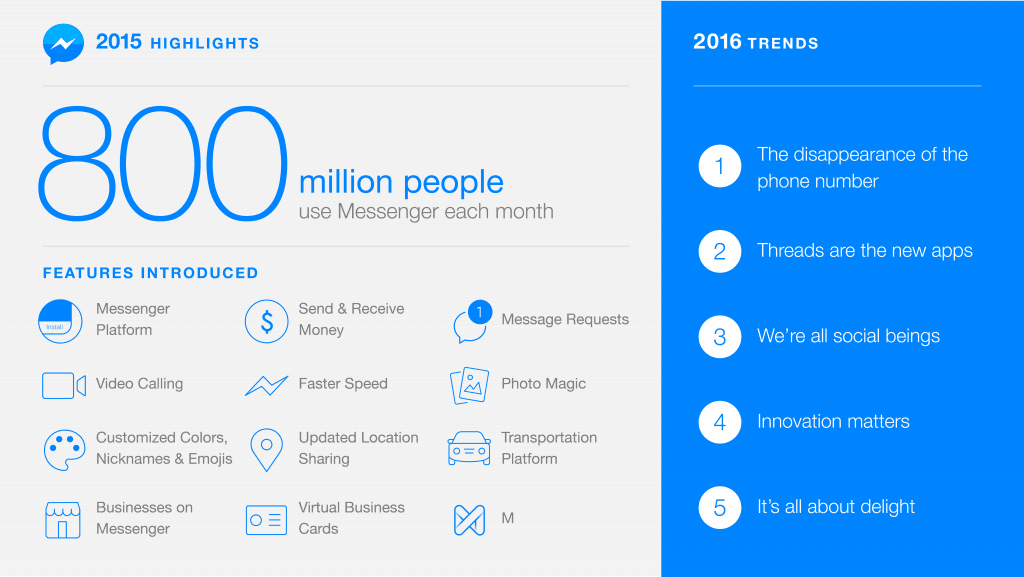 Snapchat have shut down their lens store, so it could move its resources to its ad business and other fun projects they explained. Shutting the store makes sense considering their user base is young and their target audience may not have the money to pay for lenses, making it an unfair playing field for kids with cash, sharing cool pics with extra lenses and others couldn’t.