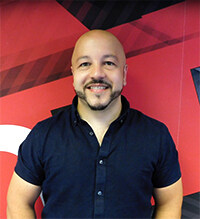 After graduating University with honours David worked as web design for Staffordshire University, Phones4u and VIBE before founding inLIFE in 2010. David has continued to grow the business year on year by simply providing a good honest and affordable service for SME’s.

David attends BNI Elite Networking group on Fridays at Moor Hall along with BusinessB4work Networking at Drayton Manor every Tuesday.