Tinder In: The small gap between our online persona's - inLIFE
Skip to content

The debate on how people portray themselves online in comparison to their offline personality has been discussed by many and there are many theories on why people have completely different persona’s.

Visual artists Dries Depoorter, latest project he looked at how one individual can have multiple online persona’s.

Tinder and LinkedIn couldn’t be more different
: one helps you find dates; the other, jobs. Dries Depoorter created a series of images that showed juxtaposed individuals profile photos of them on Tinder and LinkedIn in his project, Tinder In. He couldn’t have chosen two social media platforms at polar ends of each other. 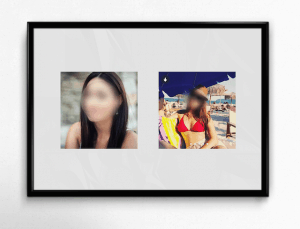 On LinkedIn you come across all neat and professional, dressed in something smart and often photographed against a plain background. Whereas on Tinder a typical profile picture will be from a night out or on holiday tending to show a lot more skin; women showing more cleavage and men choosing a photo that highlight their muscles. Both platforms have very different purposes but both online persona’s are easy to find. 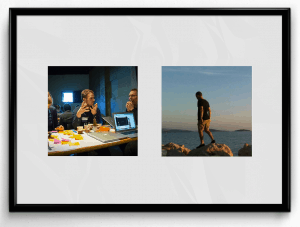 Depoorter, whose work focuses on privacy or the lack of, started choosing 10 Tinder profiles – five of women and five of men. Tinder includes first names only, but some users link their profiles to their Instagram feeds, which might contain their last names. His next stop was LinkedIn. He published the portraits on his website and on Facebook and he got a lot of shares, although he didn’t get the users’ permission to include their photos but after one asked to be removed he agreed and then blurred the other’s faces. His argument was that on the internet, a lot of users use pictures of someone else without asking and he just showed how he was doing the same.

Depoorter has been reluctant to talk to reporters since the launch of the images because he believes the photos speak for themselves. 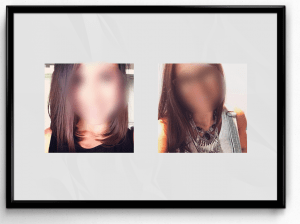 The Tinder-In project shows you how easy it is to do the connect-the-dot online stalking anyone might do.  While many choose different photos for each site, Tinder and LinkedIn are social networks that are very public. Dries Depoorter has shown by putting the profiles next to each other that it shows there are few boundaries online and in life in general. The personal and professional realms have little separation any more. 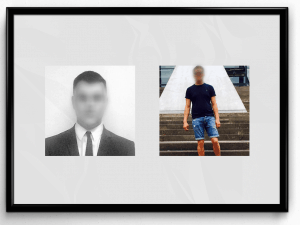