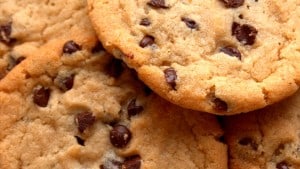 Have you ever wondered why internet cookies are called cookies or e-mail spam is called spam? The internet has lots of weird and wonderful terms to call things but have you ever thought where the origins and decisions behind those terms came from? Well we decided to take a look at some common terms and where their concept came from.

Bread Crumbs: You often see bread crumb lists of navigation on shopping sites. Where you go through the different options but it leaves a trail, so you can easily go back. This came from the children’s story Hansel and Gretel where they leave physical bread crumbs to find their way back.

Bug: When something goes wrong on the internet it is usually described as a bug. This term derived from a real bug, a moth being trapped in a computer at the Harvard Faculty Computation Lab that was causing problems, when it was released the issue was resolved.

Cookie: Is a small bit of information that travels from a browser to the web server. It was coined from the term ‘magic cookies’ that derives from a fortune cookie; a cookie with an embedded message.

Java: Is a programming language. The origins of the name came from a list of suggestions and choose primarily because it is a popular slang term for coffee, that is grown on the island of Java. As programmers drank a lot of coffee, this seemed to be an appropriate name!

Mac (Macintosh): The computer from Apple derived from the popular type of apple; McIntosh.

Nerd: A colloquial term for a computer person. The original spelling was ‘Knurd’ but kept the pronunciation the same. The term came from the Rensselaer Polytechnic Institute back in the 1940’s, where students who partied and did not study were called “Drunks”. While the students who did the opposite and studied were called ‘Knurds” which is drunk spelled backwards. The spelling later changed and it gained popularity by being used in a Dr. Seuss book and on the TV show Happy Days.

Pac-Man: The popular video arcade game’s name originates from the term ‘paku paku’ which is the Japanese word for noisy eating like ‘chomp chomp’. The game got released in Japan with the name Puck-Man but when it was released in the US the name was changed to Pac-Man fearing that children may deface the arcade game and change the P to and F.

Spam: which is the unwanted messages you receive in your inbox, derived from the Monty Python SPAM sketch. The sketch is set in a café where the menu includes spam with everything while a customer tries to order something that doesn’t contain spam. Have a giggle and check it out below:

We’ve been thinking of ways to give back to all our awesome customers, so what better way to offer a reward systems that can only be spent with our clients!
View on Facebook
· Share

Share the love! ❤️Recommend our web hosting to any of your contacts and if they switch, we will give you a £20 voucher to spend on any of our clients.Follow our blog to read more!www.inlife.co.uk/recommend-us-for-hosting-and-get-a-20-voucher-to-spend-on-any-of-our-clients/ ... See MoreSee Less

Our website design packages offer a quality website that works for you, with measurable results.📊🌟 Unique to your business goals🌟 Zero stress🌟 Easy to understandContact us for a quote today! www.inlife.co.uk/web-design/ ... See MoreSee Less

With our Search Engine Optimisation (SEO) Package, we offer 4 steps to get you higher on Google!Visit our website for your free website audit now! ... See MoreSee Less

⭐ We're proud to be one of Staffordshire's multi award winning web designers and digital marketing specialists!but don't just take our word for it, hear what our clients have to say 🗣️ ... See MoreSee Less

⭐ We're proud to be one of Staffordshire's multi

Bring your business to LIFE with master crafted we

Is your business active on Social Media? 🌎 At

Its always nice to receive a glowing testimonial,

🔥🗞 Hot off the press. Our girl power develop

Happy Star Wars day! May the 4th be with you.. alw